On April 7, 2020 the U.S. Treasury Department and Internal Revenue Service issued final regulations implementing the anti-hybrid provisions enacted by the Tax Cuts and Jobs Act (TCJA).  These rules apply with respect to notional interest deductions (NID) taken as from the fiscal year beginning on or after December 31, 2018.

These final regulations are of interest to multinational groups with an Italian subsidiary and Italian groups with a U.S. subsidiary.  The rules are focused on hybrid dividends, hybrid transactions and other transactions with hybrid entities. The U.S. rules are comparable to the hybrid mismatch rules as outlined under the OECD’s BEPS project.  The U.S. rules provide that deductions related to equity are considered a “hybrid deduction.”  The impact of these regulations on the Italian NID regime will likely result in a higher tax burden for U.S. companies while reducing the overall tax benefit available under the Italian NID regime.  This is due to the deductibility or inclusion in taxable income of payments made between Italian and U.S. related parties.

On December 24, 2019, the Italian Parliament approved the Budget Law for 2020, which contained a package of tax increases and decreases with varying effective dates.  One important enacted law reinstated the NID system that was repealed by the 2019 Budget Law. The NID rate provided for by the Budget Law for 2020 is 1.3%.  Under this regime, Italian resident companies and permanent establishments of non-resident companies may deduct notional interest from their corporate income taxable base. The NID is calculated according to the equity increase (ie, new equity rate) from the end of fiscal year, multiplied by a rate determined annually.

Impact of the New Regulations to U.S. Groups with an Italian Subsidiary

Starting with fiscal years beginning on or after December 20, 2018, the U.S. shareholder of the CFC must track all hybrid deductions claimed by the CFC.  The U.S. shareholder is allowed a DRD only to the extent that the DRD exceeds the total of the hybrid deductions tracked.  The result of the new regulations to U.S. group with an Italian subsidiary is the partial taxation of the dividend received.

Impact of the New Regulations to Italian Groups with a U.S. Subsidiary

Under U.S. law, certain deductions for related party payments made in connection with a hybrid transaction or made by or to a hybrid entity is disallowed.  In addition, the law addresses cases in which income attributable to an intercompany payment is either directly or indirectly offset by a hybrid deduction.  This limitation typically applies where the Italian company is receiving payments as a shareholder of the U.S. company or if the transaction is between brother-sister companies owned by a non-US Parent entity, including an Italian entity.

Multinational groups with an Italian subsidiary and Italian groups with a U.S. subsidiary should consider evaluating the new U.S. anti-hybrid provisions to avoid any surprises.

For additional information, please reach out to us. 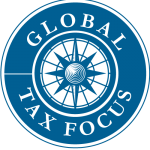 COPYRIGHT ALL RIGHTS RESERVED. GLOBAL TAX FOCUS, LIKE ALL PROVIDERS OF TAX SERVICES IS REQUIRED BY LAW TO INFORM THEIR CLIENTS OF THEIR POLICIES REGARDING PRIVACY OF CLIENT INFORMATION. THE INFORMATION IN THIS MATERIAL IS NOT INTENDED AS TAX OR LEGAL ADVICE. GLOBAL TAX FOCUS IS A REGISTERED BUSINESS IN GEORGIA.  PROVIDED CONTENT IS FOR INFORMATIONAL PURPOSES ONLY.